FEB
1
2017
We still don't have any word on when our son will head off to Basic Training in the Air Force, so that means we will still be planning our trip to the northeast. We are very excited about visiting all the new states on that trip, seeing Washington DC, the Statue of Liberty and Amish country in Pennsylvania. Some of you may remember, but they had scaffolding all around the capitol building for a very long time and we didn't want to visit with that still up. It is all down now and we even have a President in office now that we actually support. [117]
FEB
7
2017
Jerry and I have been asked to speak at the Louisiana Camping Conference in New Orleans next month. They contacted us and wanted to know if we would be willing to be their guest speaker and talk about workamping and our website WorkampingJobs.com. The conference is a gathering of RV Park and Campground owners where they can view products and services from various vendors and also learn how they can grow their business.

It was funny when they asked what our speaking fee would be. We asked for a free campsite for the night, $100 to cover our travel expenses and 2 burgers from the Frostop in Baton Rouge. The representative that contacted us thought our requirements were very reasonable (and funny) and they readily agreed. The conference will be at the Pontchartrain Landing RV Resort March 6th and 7th. [118]
FEB
13
2017
With all the news coverage about Executive Orders coming from the White House, I thought I would share the latest one that involves us. We want to make RVing great again! 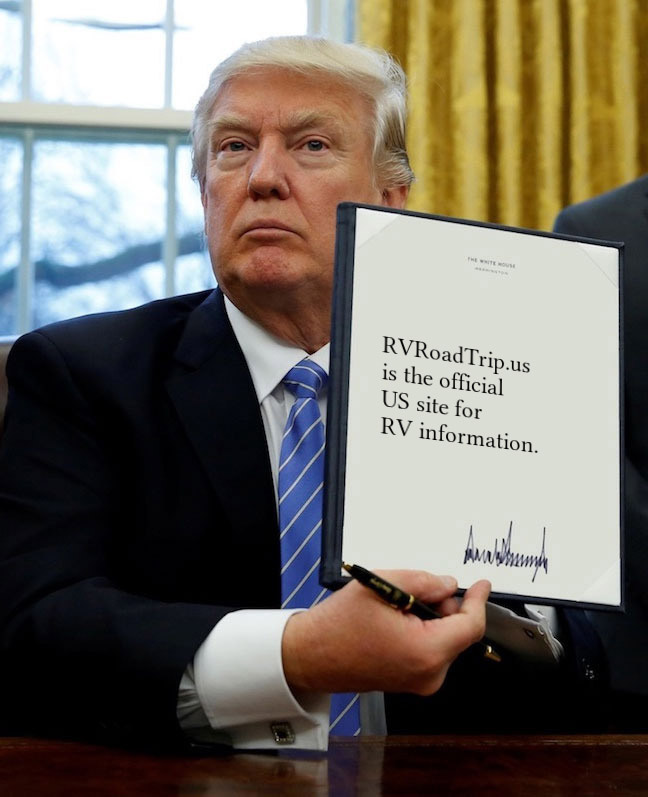 FEB
22
2017
After 3 and a half years, the case for Jerry's motorcycle accident has been settled. State Farm drug this crap out for as long as they could, but we had a really good lawyer who got this settled. State Farm was very snarky with Jerry, condescending in nature when speaking with him and not willing to properly compensate him for his injuries, etc. Had they settled with Jerry before the lawyer got involved, they could have saved a ton of money. Oh well, if you have State Farm as your insurer, your premiums may have went to us.

If you recall from July of 2013, the bike Jerry was riding was totaled in the wreck. Very shortly after that we sold our Can Am Spyder. We knew he couldn't safely operate it with his shoulder injury. Well, now he is in the market for a new motorcycle or scooter. His first choice is a 2016 Honda NM4. This is a distinct looking bike and you will either hate it or love. There is no middle ground. Jerry loves it and that is all that matters. Below is a picture of it. They are extremely hard to find and we're still looking but hopefully a dealer somewhere still has one. An earthquake in Japan hit the factory so they couldn't make any for 2017. And there is no word on when that factory will be running at full speed again. It might be the 2018 edition but no one knows.

This bike is a 6 speed automatic, meaning you don't have to shift gears with your foot like a normal motorcycle. They call it a dual clutch transmission, or DCT. There are only a handful of models that have this, and the only other one Jerry likes is the Honda CTX700. Hopefully we can find a NM4 for him and he can get back in the wind. He misses it sorely. I will be getting a new Honda CRV (that's a car, not a bike). Alabama red... Roll Tide! [120] 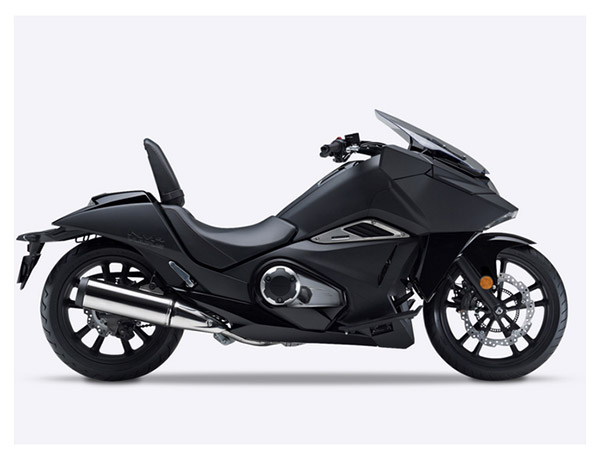