In 2009, shortly after getting our new travel trailer, we took a quick trip down to Gulf State Park for a few nights of camping and some beach fun for Cynthia's birthday. We arrived at the park and picked a site overlooking the water. We unloaded the scooters so we could venture out and see the coastline. The Gulf Shores and Orange Beach areas of southern Alabama are very nice... clean as a whistle and just what you'd expect to find near the beach.

That evening, we received a phone call from Cynthia's sister who was asking where we were. We told her and she gasped. It seems they had planned a surprise birthday party for Cynthia and didn't tell Jerry so we had no idea. Reluctantly, we packed up the next morning and drove back home for the surprise party and this is why there are so few pictures.

Located in the city of Gulf Shores on the coast of Alabama, white sun-kissed beaches, a surging surf, seagulls and seashells greet you at Gulf State Park. Consisting of 6,150 acres with two miles of sugar white sand beaches, Gulf State Park has a modern campground, Cabins, Cottages, Back Country Trails, and the Largest Fishing Pier in the Gulf of Mexico! We also have an interactive Nature Center, new Tennis Courts, a beautiful Beach Pavilion, the 18-hole Refuge Golf Course, and a 900 Acre Lake for fishing in our Picnic Area on Lake Shelby. Source: GSP Official Site

Gulf State Park offers a 496-site improved campground with modern bathhouses. The campground is approximately 1-1/2 miles from the Gulf beaches. All camping pads are paved with larger lots for RV's with pullouts. Gulf State Park is located at 22050 Campground Road, Gulf Shores, AL 36542. The phone number is 800-252-7275. 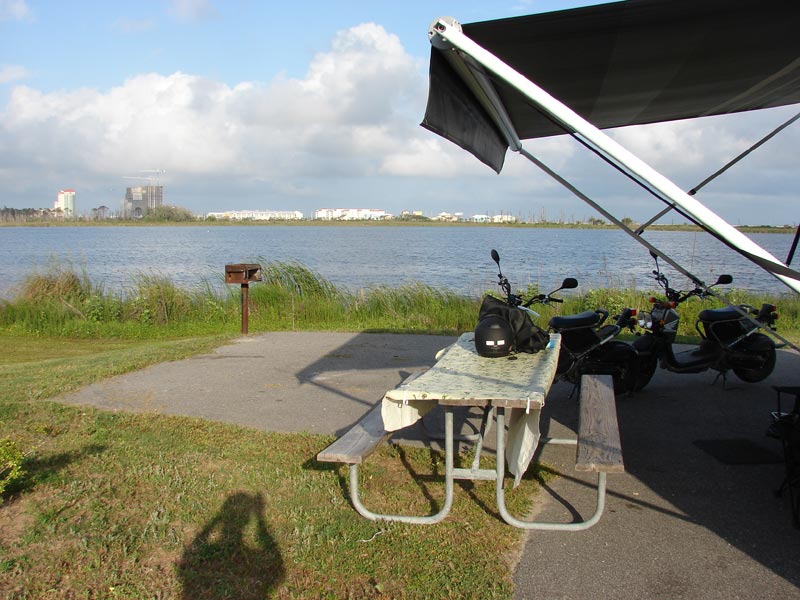 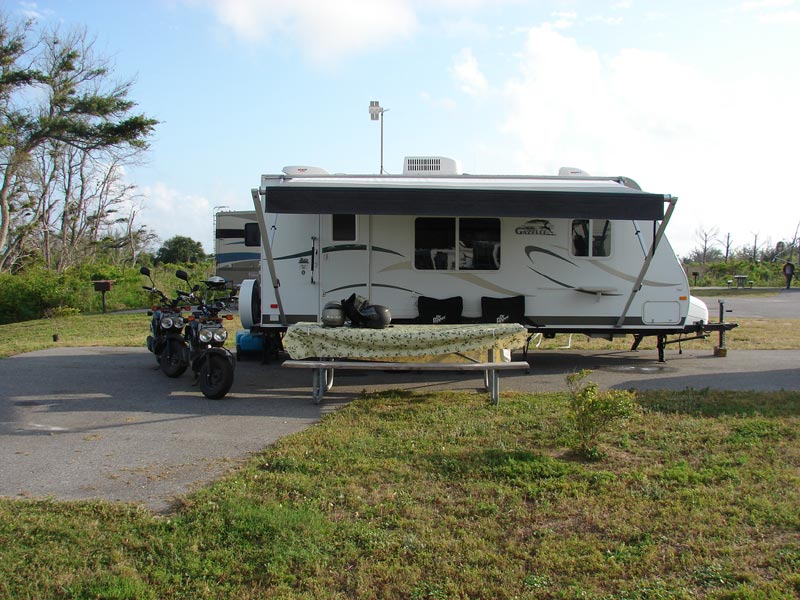 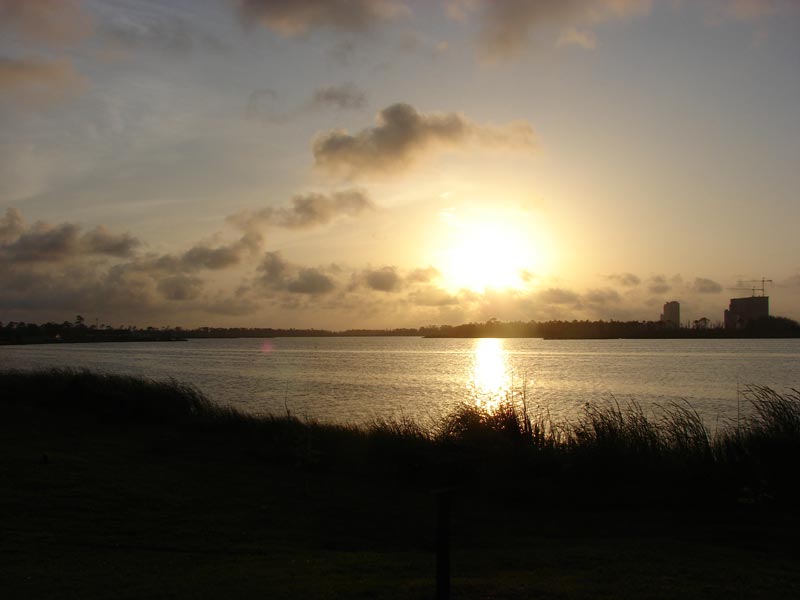