We headed north after leaving the Painted Desert and drove through at least one Indian Reservation. While I greatly admire the native Americans, it is sad to see how they live nowadays. We stopped on the reservation at a little convenience store and bought some water. We planned to get two 16 ounce bottles but they were $1 each, but you could get a gallon for $1 and it was even cold. We got a gallon and poured it into some smaller water bottles we already had.

We made our way up to the Four Corners Monument. Cynthia really wanted to visit here because she was denied the opportunity when she was younger and in Arizona. We pulled in, parked and made our way to the "spot". There was quite a line of folks waiting to take their picture and with it being well over 100° plus every group/person was taking 3-5 minutes to take pictures, we opted not to wait in that line. We went to one of the side viewing areas and took pictures there. We did make a lap around the "spot" so we could say we went to four states in one day in under a minute, but we did not stand in all four at once. There is also an Indian flea market at this site, so bring some cash and get you some genuine Indian stuff. 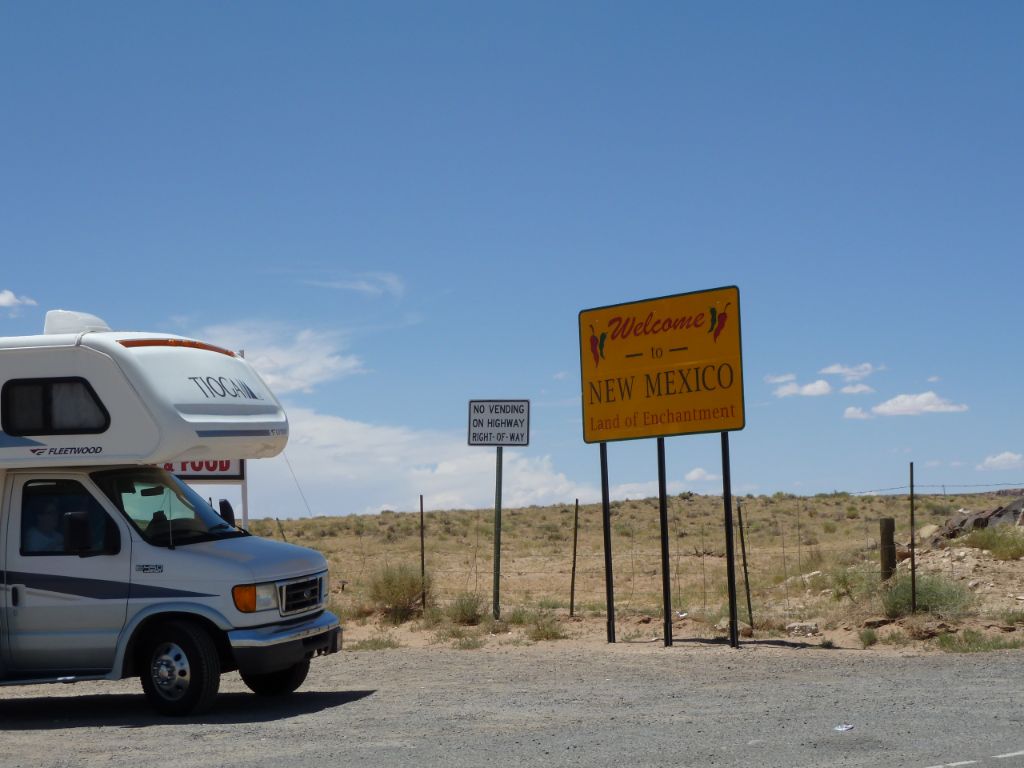 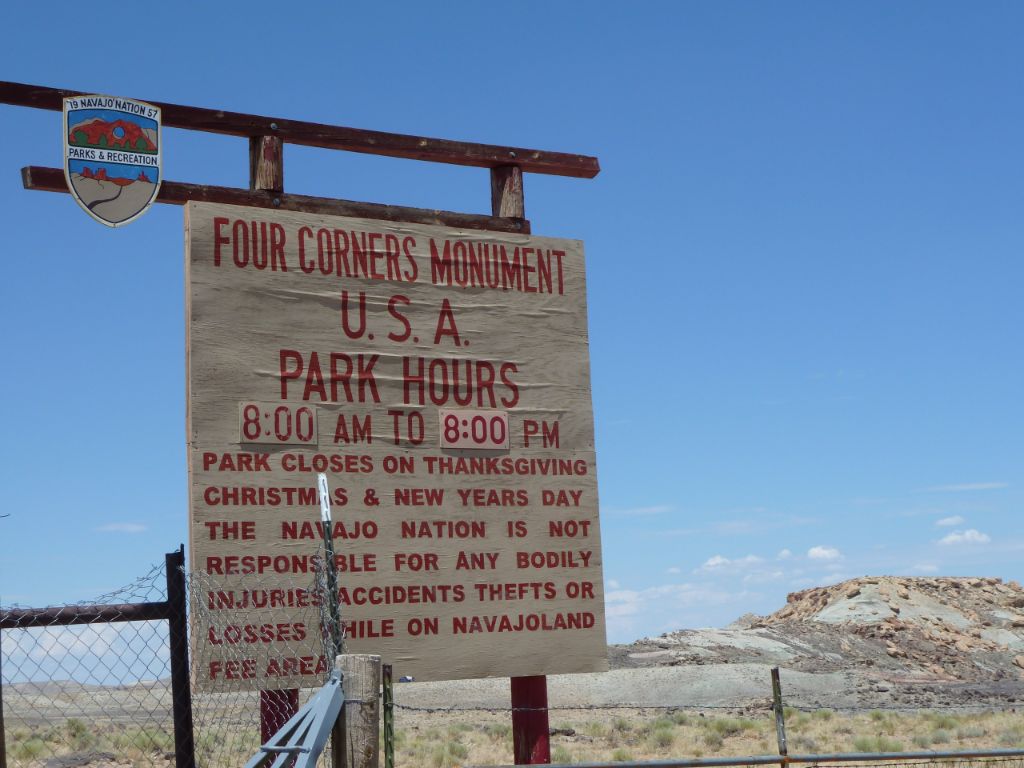 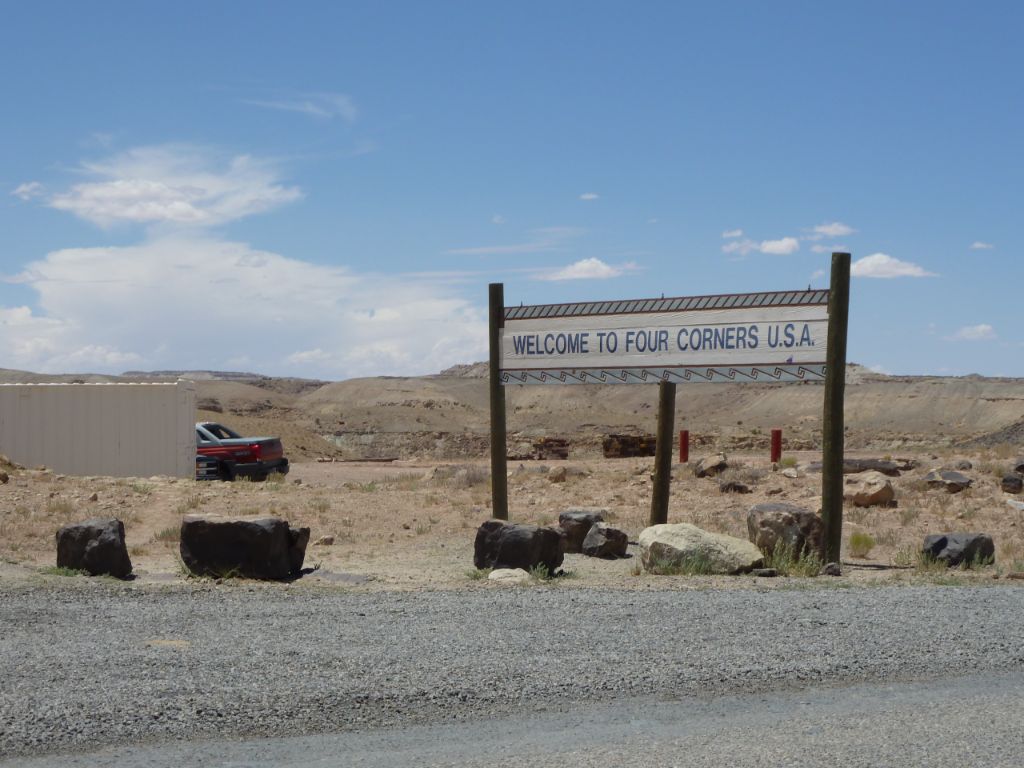 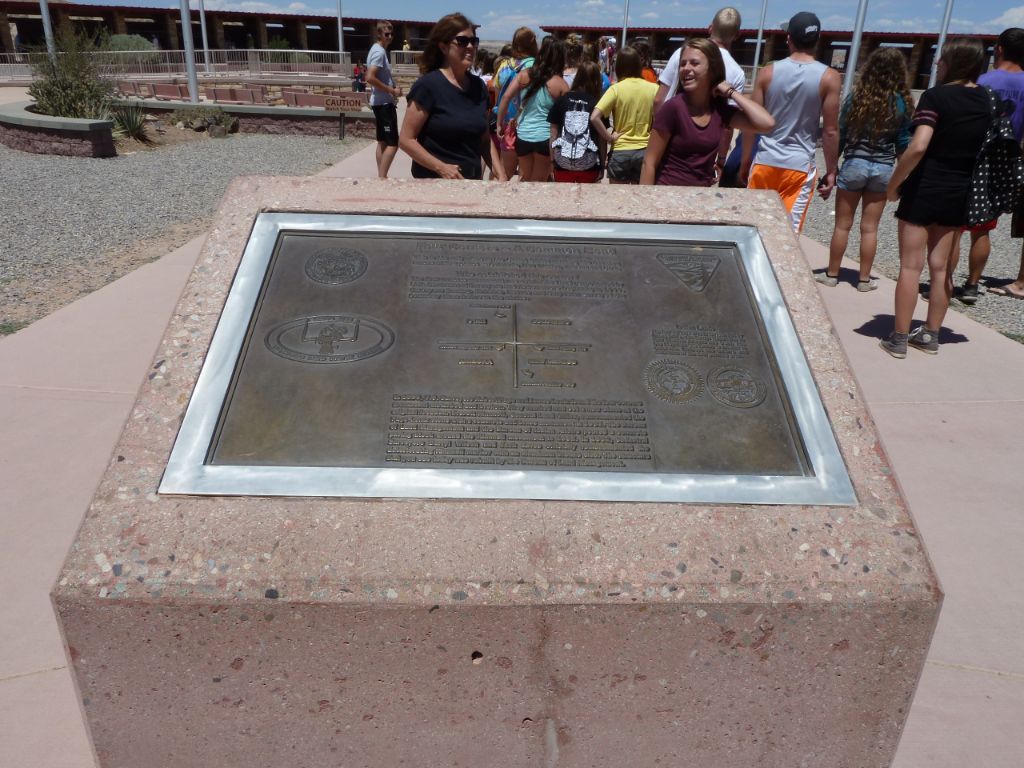 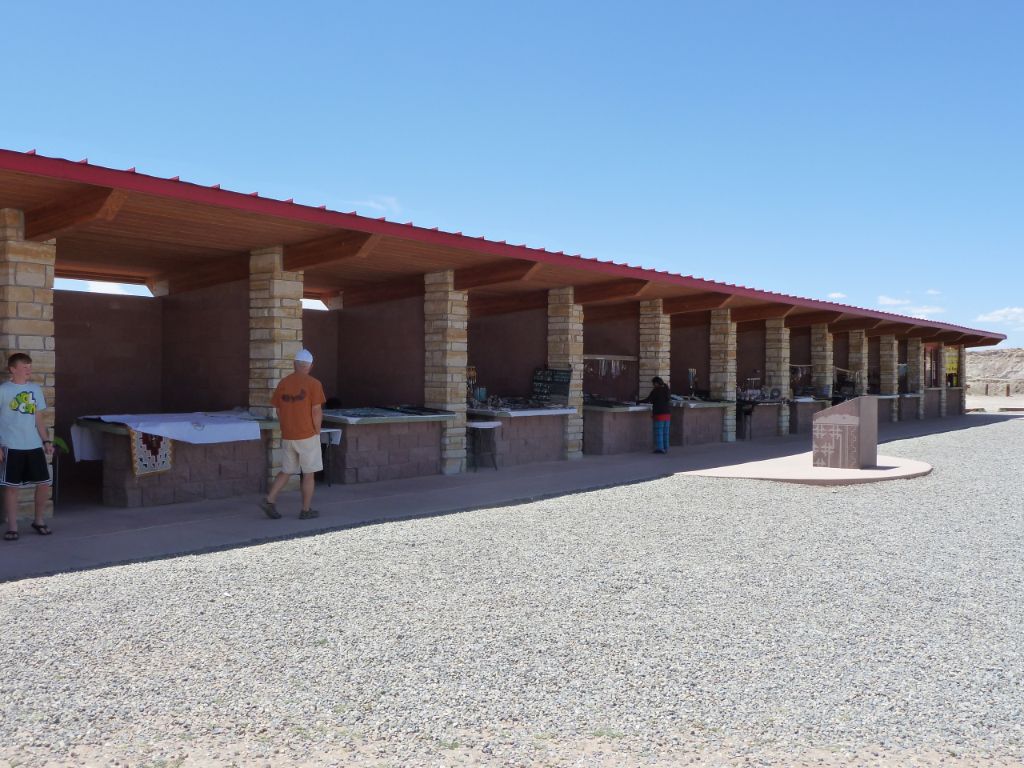 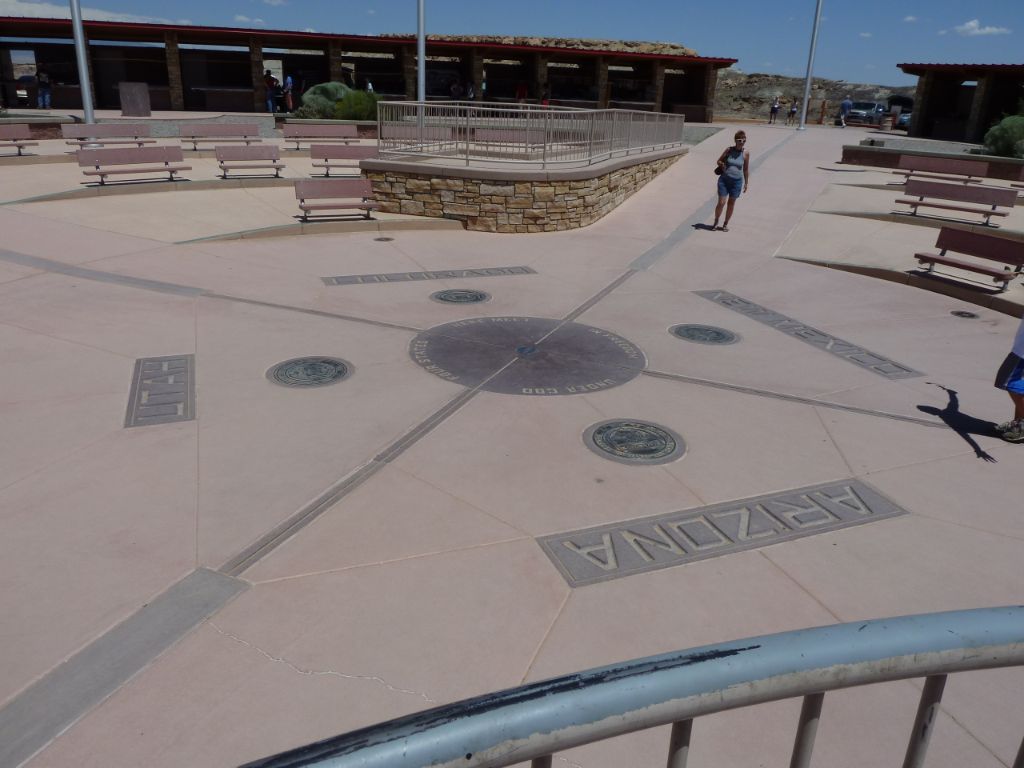 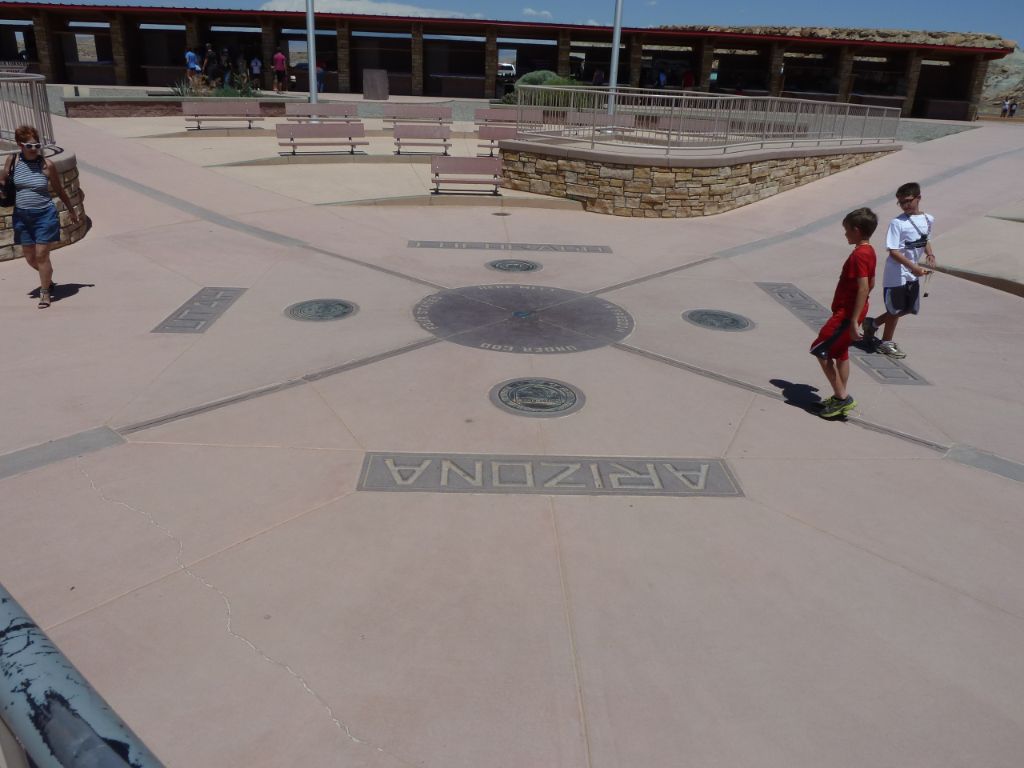 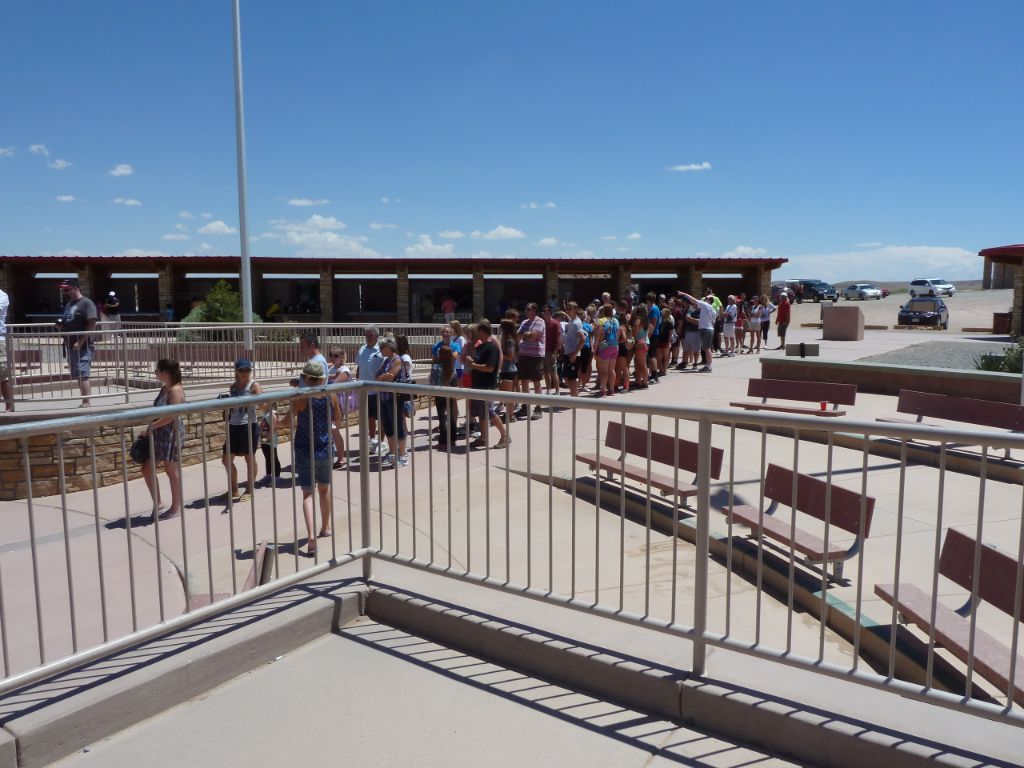 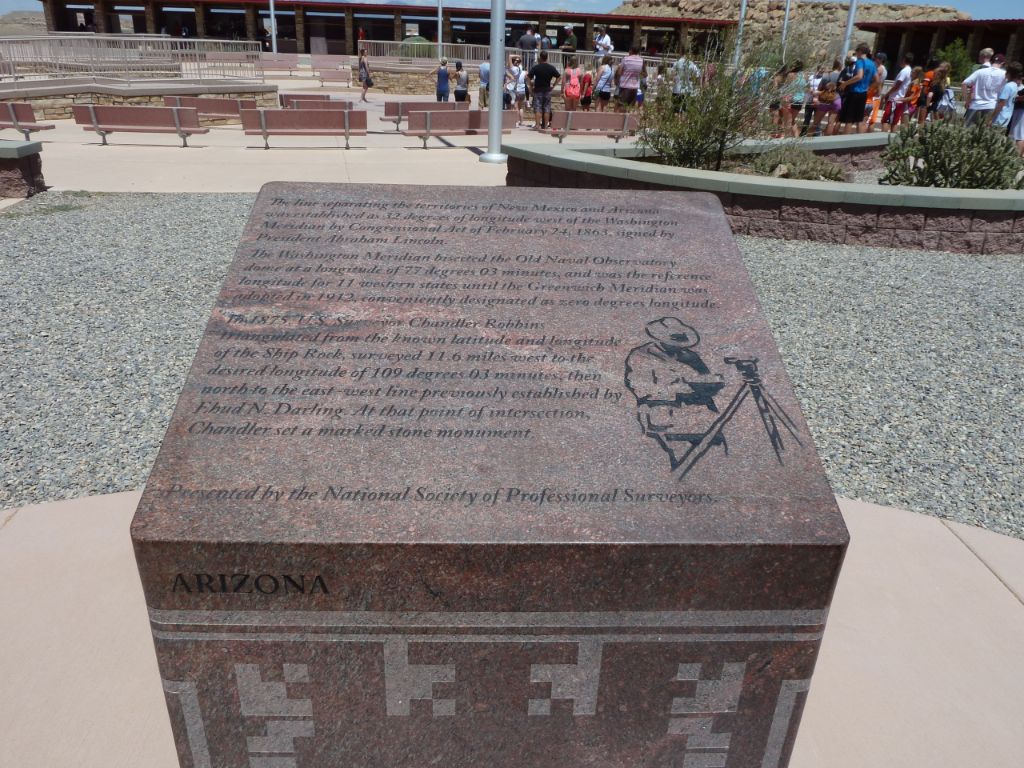 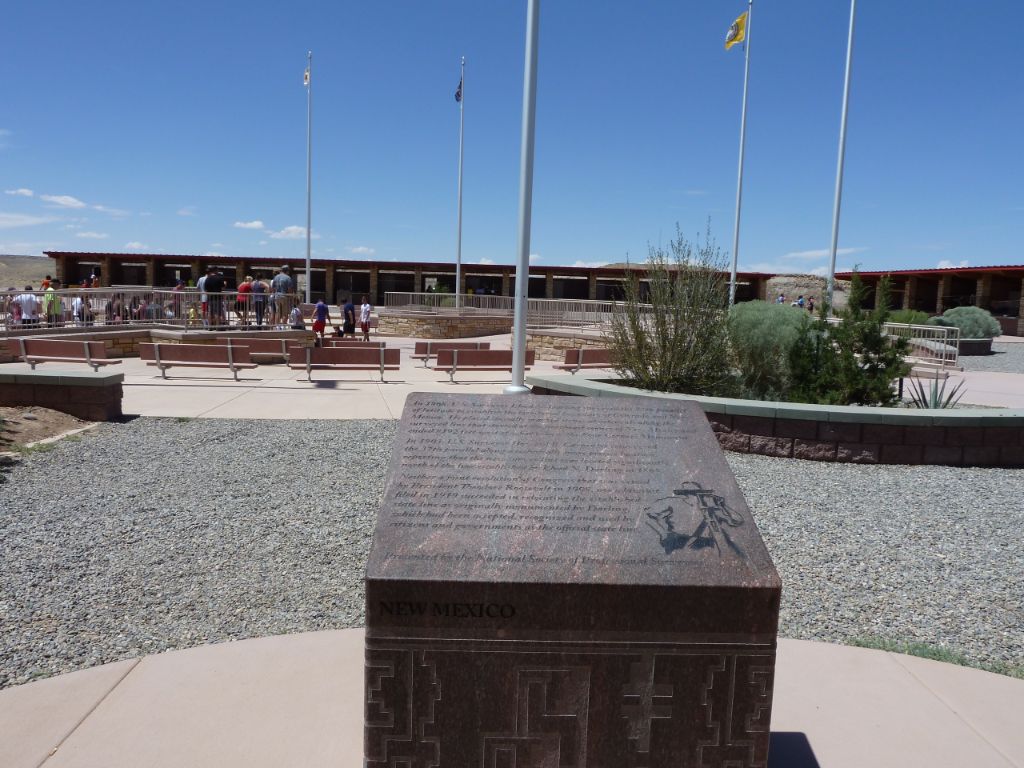