This place was hard to find, and we ended up on this tiny, winding road that eventually led us to it. They have a long flight of steps to get up to the park. If you are wheelchair bound, I do not think there is away for you to get up to the park. Thankfully, Jerry was able to make the walk up to the park although it took quite a bit of effort going up and coming back down.

Dinosaur Park is located at 940 Skyline Drive on 20 acres and is home to historic life-sized concrete dinosaur figures. It is a very popular destination for tourists and local residents alike. The Park also includes a restroom and gift shop which is open from May 31st thru September 6th. Skyline Drive is a scenic roadway that runs along the hogback ridge that divides Rapid City geographically east and west. The dinosaur figures, constructed in the late 1930's, are listed on the Register of Historic Places.

Free family fun at one of the Black Hills original tourist attractions, open to the public since 1936! Dinosaur Park is located on a ridge of sandstone that encircles the Black Hills. Along this ridge dinosaurs of the Late Jurassic and Early Cretaceous have been found. Not far from the park dinosaur footprints have been found. As you stand on Dinosaur Park with spectacular 100 mile views and look to the east you can see the South Dakota Badlands. Most rocks of the Badlands are too young to have dinosaurs preserved, but fossil mammals are superbly represented. To the west and north of the Black Hills, dinosaurs have been found in great abundance in the basins of Wyoming and on the Northern Great Plains. 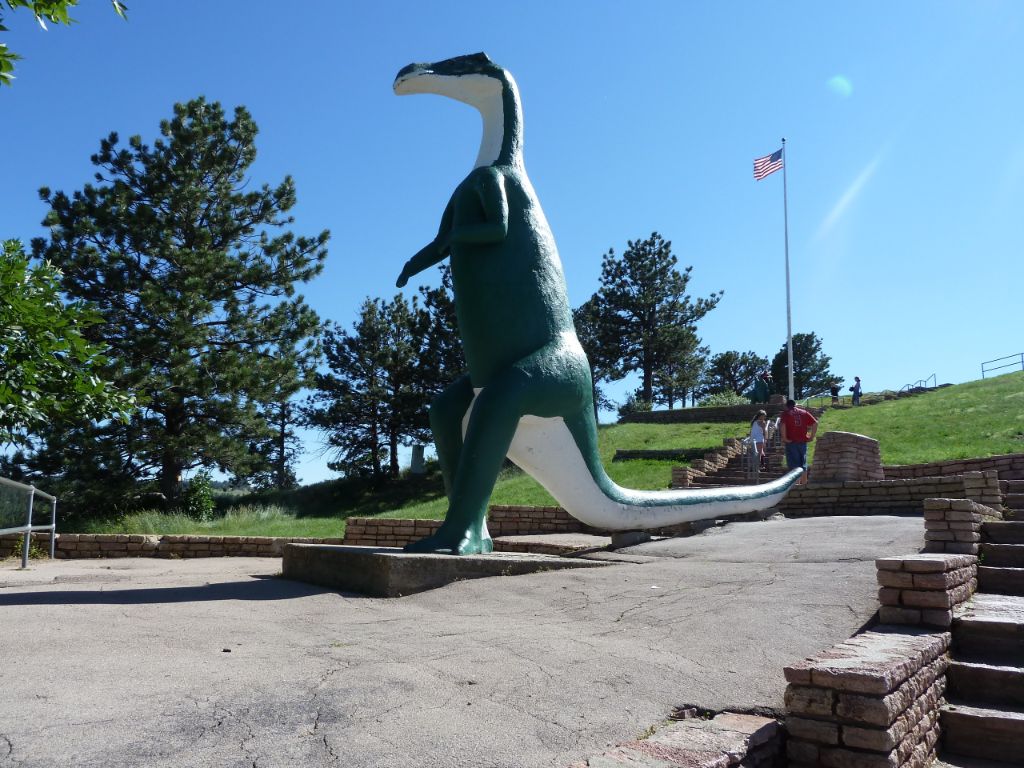 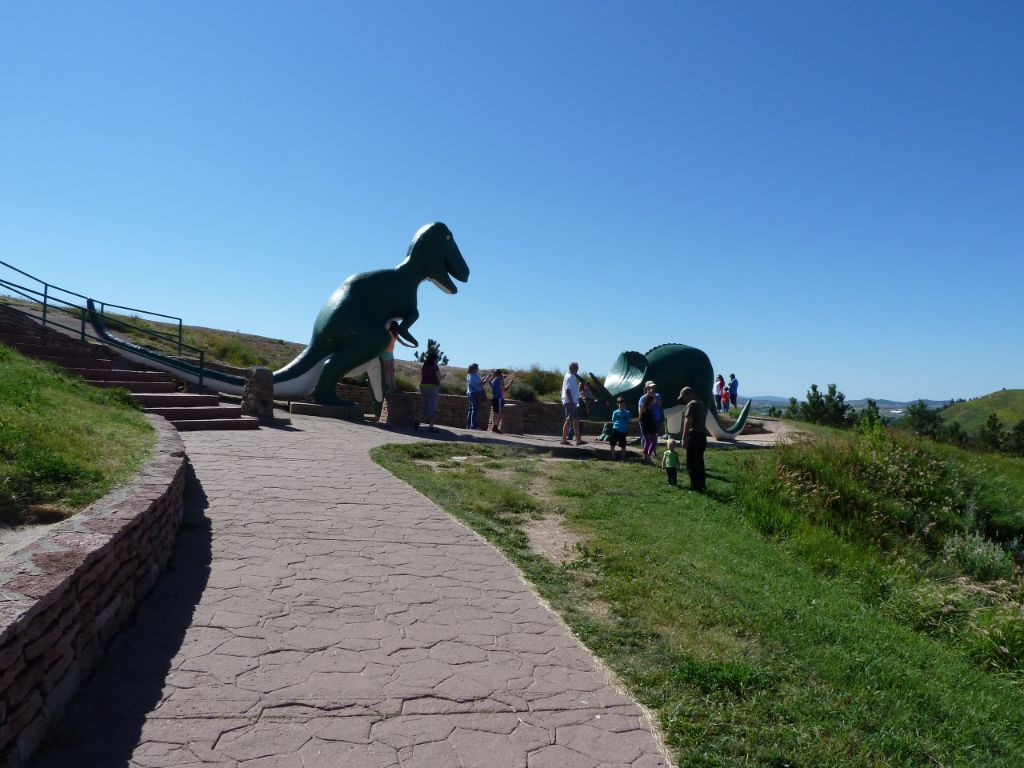 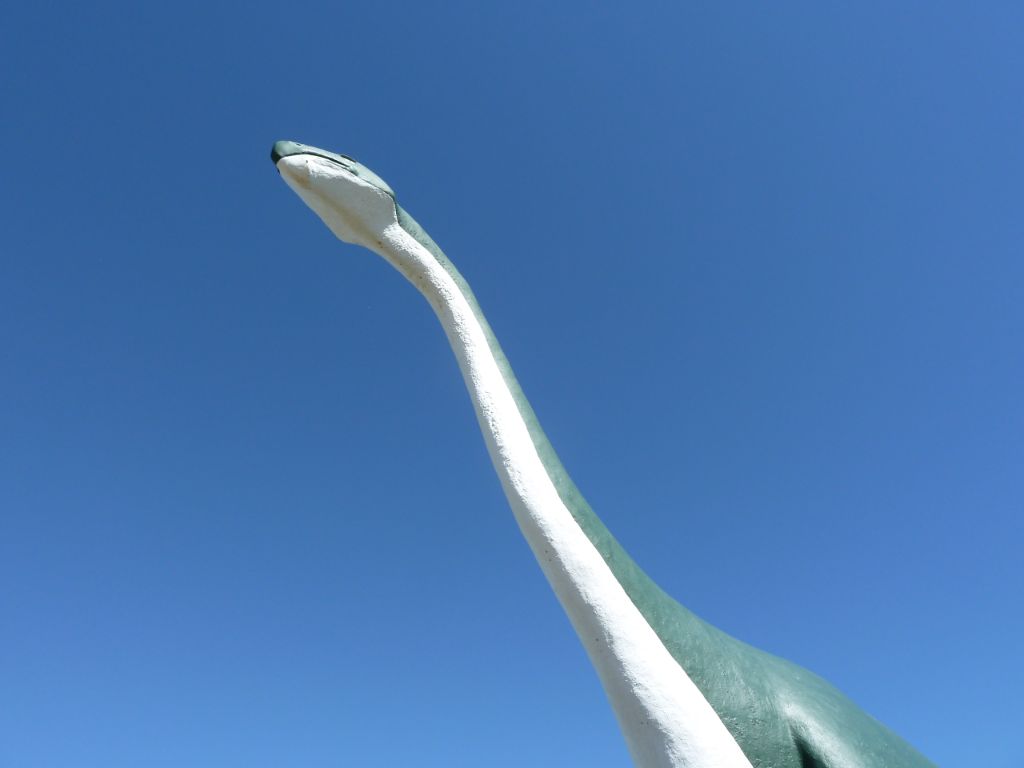 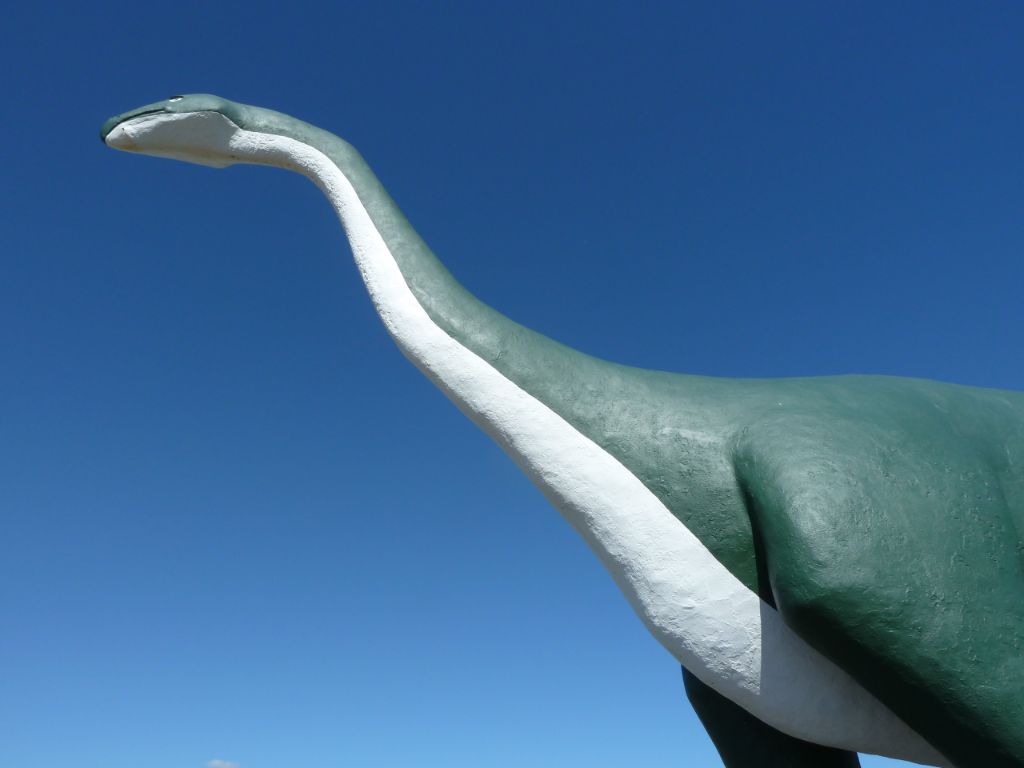 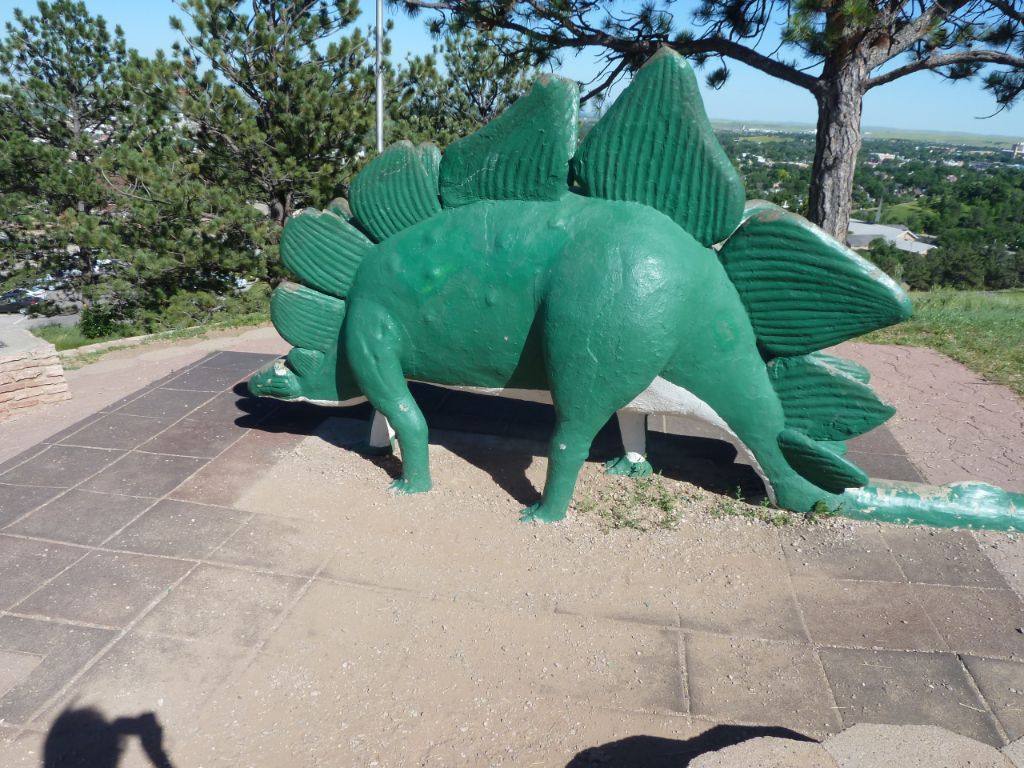 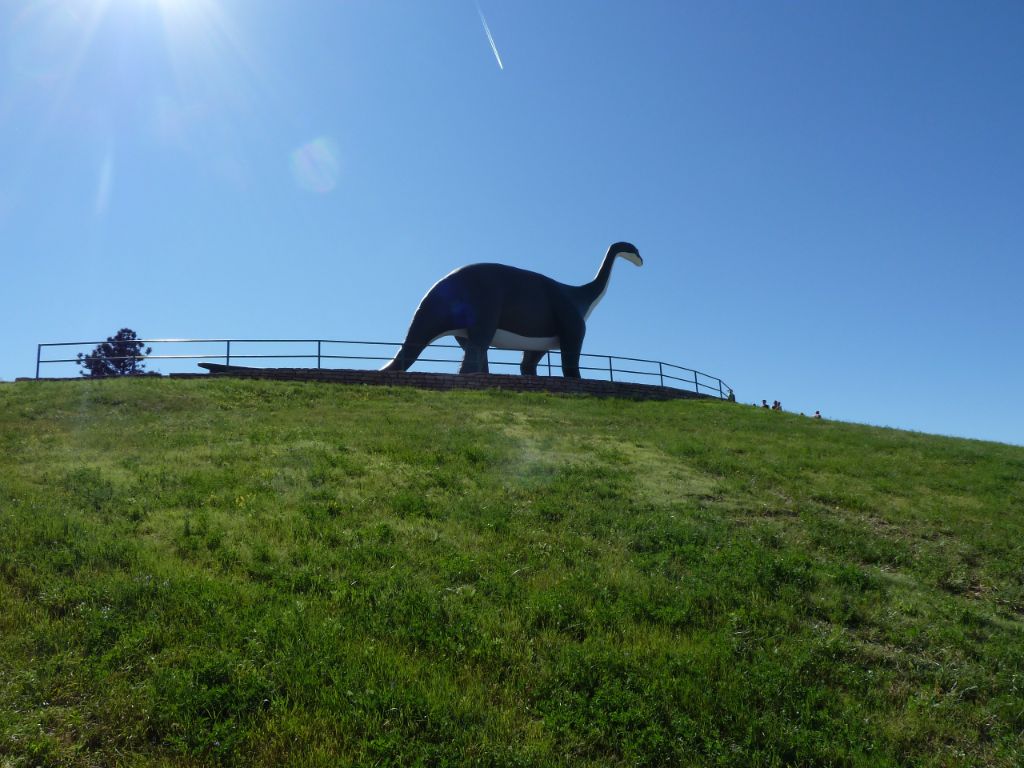 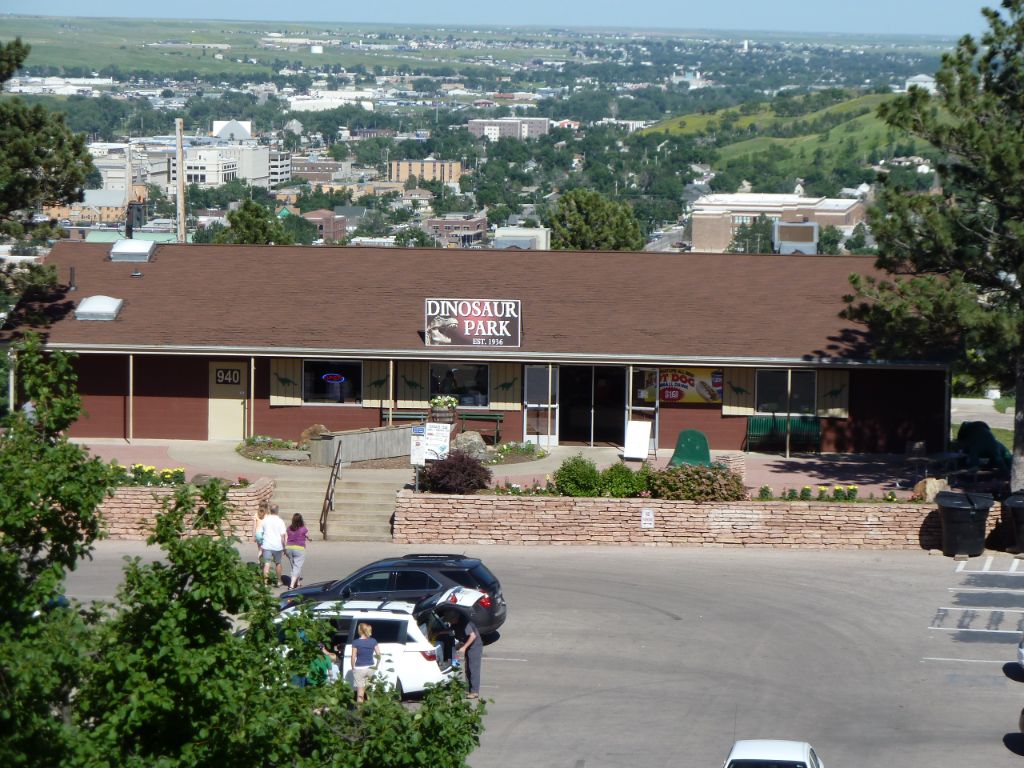 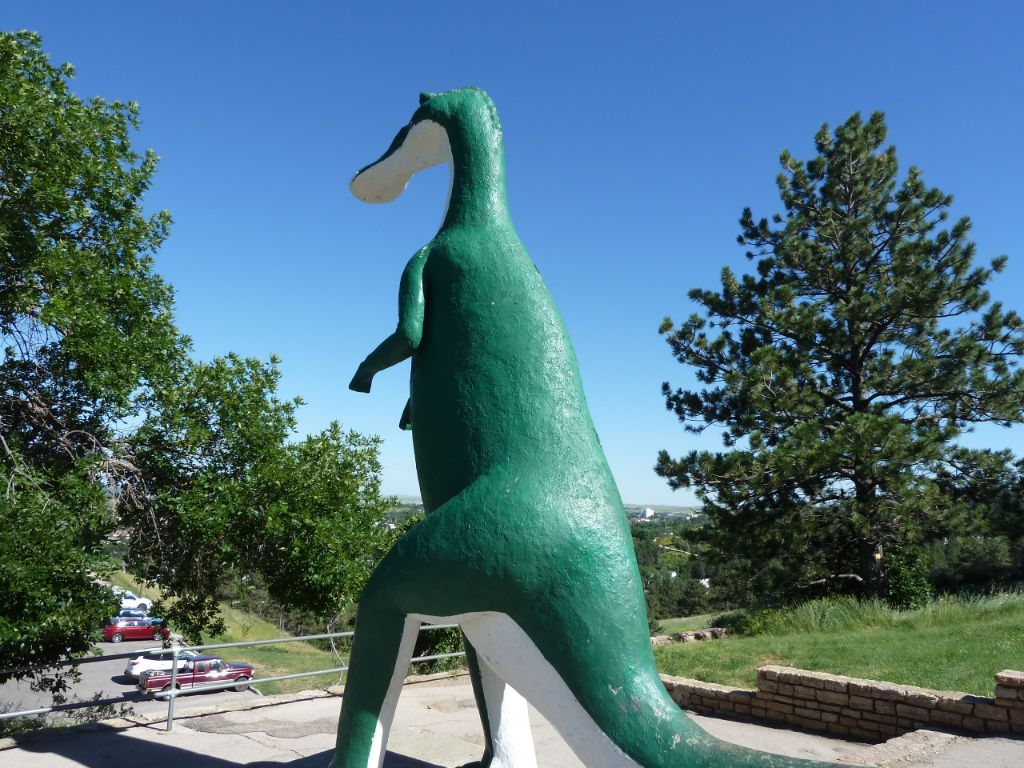 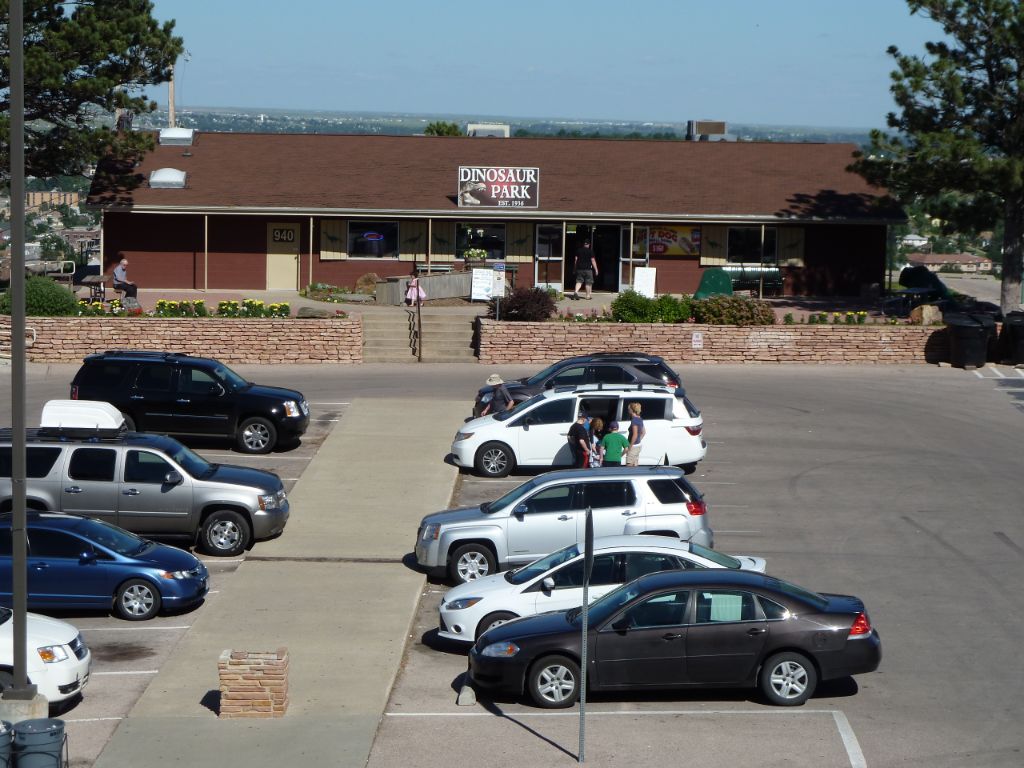